Coming off a second week in a row of losses, the stock market feels more prone to waves of volatility than it has been in the recent past. That could make for some queasiness in the coming week as big name earnings combine with whatever ridiculousness is served up next from the elections.

Bulls might find a kernel of hope in historical data that points to strong finishes in years when October hits the skids. In fact, the Dow over the last 120 years has gained an average of 6.8% from its lowest October close through December 31. Annualized, that’s about four times, the market’s long-term average. In other words, a possible “monster rally” is shaping up as the year winds down.

Jani Ziedins of the Cracked Market blog says to keep an eye out for reactive selling as nervous investors bail out before “things get worse.” Big mistake.

“This is definitely a better place to be buying than selling. Remember, risk is a function of height. By that measure, this is the least risky place to own stocks since June,” he wrote. “When yet another selloff fizzles and bounces, expect underweight money managers to start feeling pressure to chase this market into year-end.”

Of course, not everybody is as upbeat on the prospects.

Our call of the day takes a look at why we’re heading toward a reckoning the likes of which we haven’t seen in 15 years (see “the call” below). Also read: The stock market is turning into a sloppy, ugly mess, and it could get worse.

For now, investors look to be cautiously optimistic about what’s to come as they nibble away at stocks in premarket trading.

Neftlix is reporting after the bell. Analysts expect the online streaming video provider to log another 2.3 million customers. But really, we want to know if Barb will be avenged.

The latest from Wikileaks over the weekend shows that Hillary Clinton, during three paid talks, seemingly took on a friendlier, more pro-business persona than the one she put forth while pursuing the party nomination. Wikileaks posted what appear to be transcripts of her speaking about the importance of free trade, sounding a skeptical note about financial regulation, and saying the system would benefit if more “successful business people” ran for public office.

Speaking of the elections, the two candidates took to Twitter to offer their different takes on Sunday’s vandalizing and reported firebombing of a Republican Party headquarters in North Carolina.

Investors will be eyeing McDonald’s MCD, -0.18%  in the coming days with more senior executives expected to drop from the ranks as the fast-food giant works to revamp its leadership team to somehow help flagging sales.

That would make for a drop of more than 22% over the next couple months. Why? Ted Vallee, the trader behind the Pervalle blog, points to several current metrics reminiscent of the bursting of the dot-com bubble. “The call is primarily based on technical factors; however, given the market’s current valuation, the fundamentals also support this view,” he wrote. “We contend that the texture of today’s price action is very similar to the early 2000’s.” Valle started with this price overlay of the NYSE composite from 1998 to 2003 versus 2012 to present: 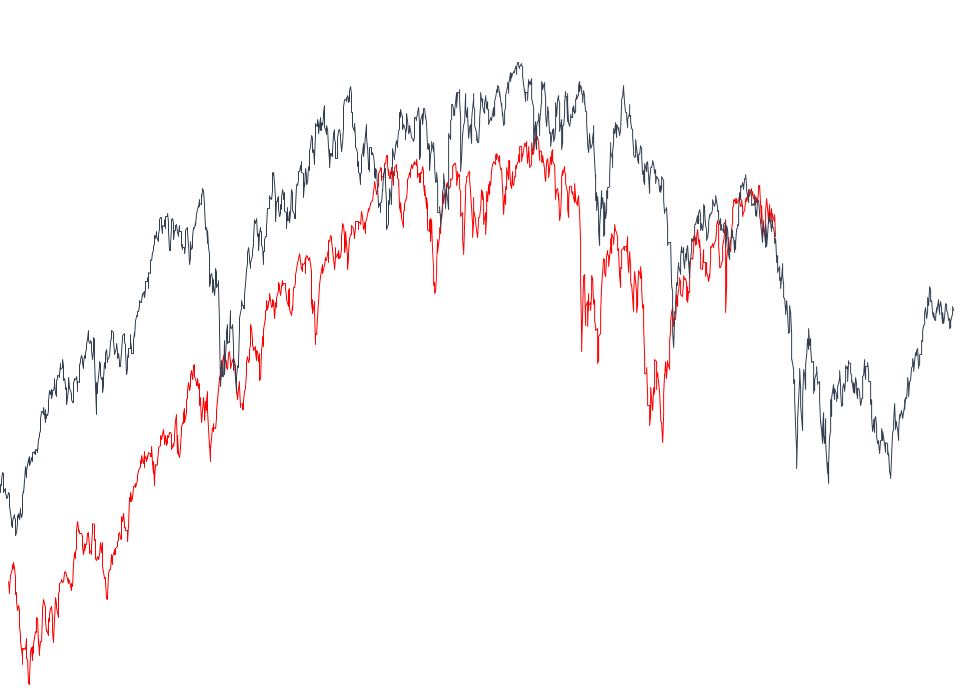 He then touched on similarities in media valuations, leverage, public offerings, dollar price action and other parallels. “We see the probabilities heavily favoring a downside move,” Valle wrote. “We should know over the next two weeks if we’re wrong or not.” Read the details of his bearish call. 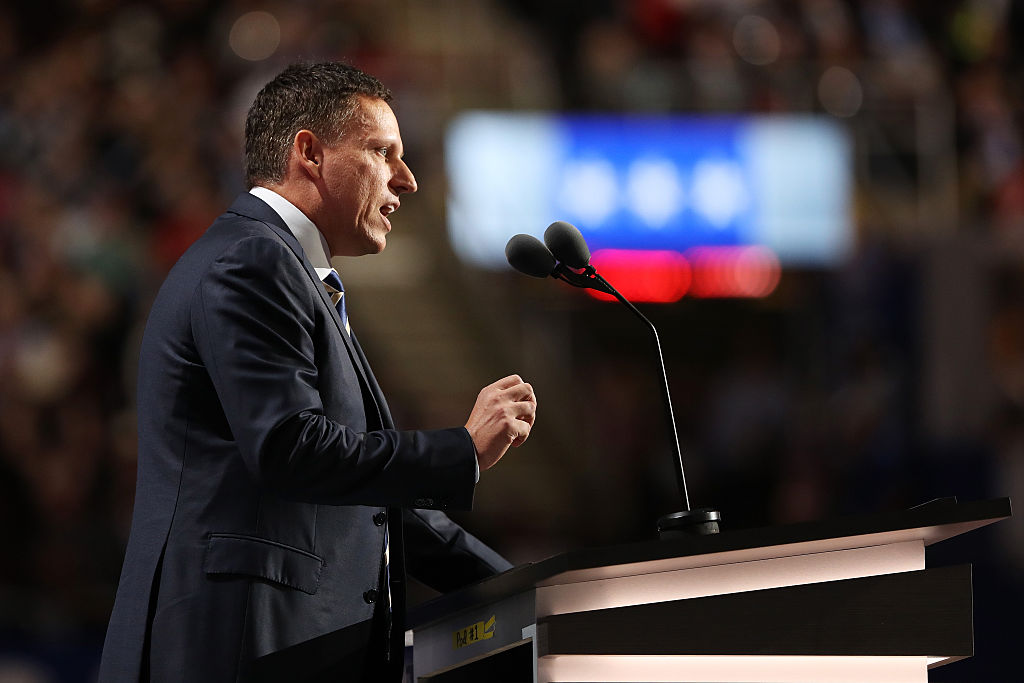 $1.25 million — That's how much Peter Thiel, regarded as the only prominent Trump backer in Silicon Valley’s high-tech community, is donating to the Republican nominee’s campaign, according to a source cited in the New York Times.

If you employed the “Dogs of the Dow” strategy to begin this year, congrats! You’re absolutely killing it. Bespoke Investment Group crunched the numbers last week and determined that the 10 “dogs” — the worst Dow performers from the prior year — have rallied almost 13%.

The other 20 stocks? Not even up 1%. “There’s still nearly three months left of trading before the end of the year, and performance can change dramatically rather quickly as we all know,” Bespoke wrote. “That being said, the run for this year’s Dogs has been quite remarkable.” Just take a look at the numbers: 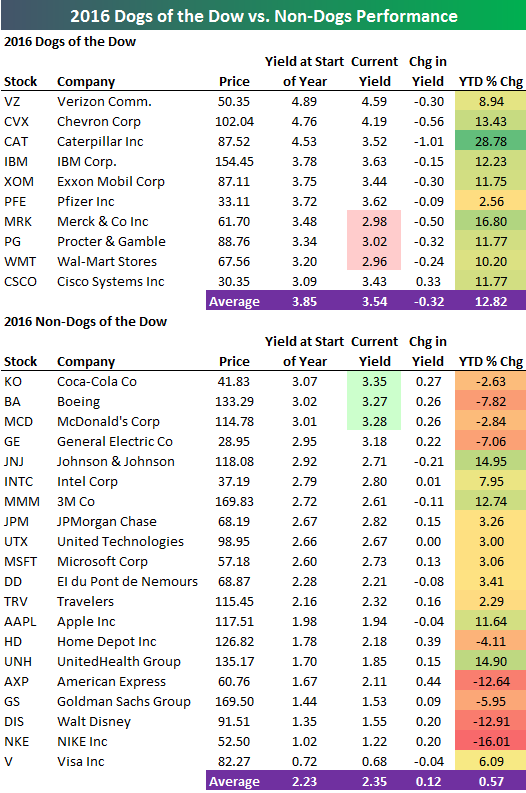 September housing starts and existing home sales are probably this week’s highlights but they don’t get here until midweek. The consumer price index hits on Tuesday. As for today, we'll get the New York Fed Empire State manufacturing survey at 8:30 a.m. Eastern followed by the Fed’s industrial production and capacity utilization report 45 minutes later. 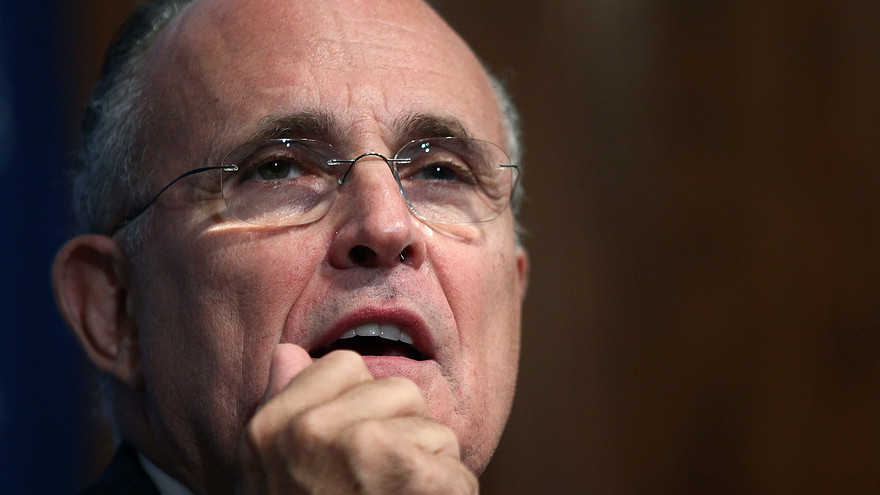 “I’m sorry, dead people generally vote for Democrats rather than Republicans. You want me to (say) that I think the election in Philadelphia and Chicago is going to be fair? I would have to be a moron to say that” — Rudy Giuliani, in an interview on CNN about the possibility of a rigged election.